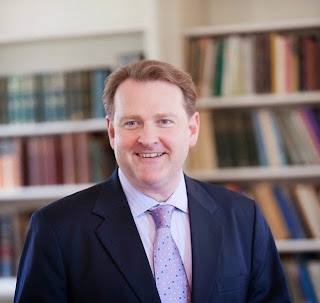 "His tenor is neat and clean,
he is a natural self-depracating comic
and his diction is immaculate."

Ian Yemm is an established singer and singing teacher currently living in South Wales.
"ranging from a resonant assertiveness to a delicate softness without ever losing the clarity of the language."
His singing career has spanned several decades, making his first appearances in opera at the age of twelve as Shem in Benjamin Britten's Noye's Fludde in Shrewsbury Abbey. From these early performances grew a love of Shropshire, his home county, and an early reputation as a formidable interpreter of the compositions Benjamin Britten wrote for Peter Pears.
"struck exactly the right balance of agility and expressiveness."
After degree studies in Music and Theology and Religious Studies in Roehampton, Ian studied singing at the Royal Academy of Music with Joy Mammen and at the Opera School of the Royal College of Music with Noelle Barker OBE. Under the tutelage of vocal coach Geoffrey Pratley and conductor Iain Ledingham, he became a significant performer of Bach and Handel and gave many performances of the Passions and the Messiah among other oratorios. He sang in masterclasses for renowned tenors, Nicolai Gedda, Philip Langridge and Robert Tear and appeared as a soloist under conductors such as Laszlo Heltay, Richard Hickox and Lutz Köhler. From College, he went directly to the prestigious chorus of Glyndebourne Opera.
"delightful, never overplayed."
Ian has enjoyed a long association with the internationally acclaimed chorus of Welsh National Opera and has sung numerous principal roles for the company under the batons of Jean-Yves Ossance, Carlo Rizzi, Vassily Sinaisky and Tugan Sokhiev. These have included television appearances and debuts at the Royal Albert Hall in the BBC Proms and at the Hong Kong Festival. He has continued to work for WNO in productions including Wagner's Die Meistersinger von Nürnberg, Lohengrin, Beethoven's Fidelio and more recently in Schoenberg's Moses und Aron at the Royal Opera House Covent Garden and Verdi's Nabucco at the Savonlinna Opera Festival in Finland.
"commanding and yet sensitive performance"
Anniversary celebrations have included the role of Mark in Dame Ethel Smyth's The Wreckers for Duchy Opera in Cornwall in 2006 to mark the 100th Anniversary of the work's first performance and for the 50th Anniversary of the death of Ralph Vaughan Williams in 2008, he performed a series of song recitals around the UK of music by the composer, including On Wenlock Edge in Much Wenlock Parish Church in Shropshire. He gave his first solo performance in Giuseppe Verdi's Requiem in Bristol Cathedral to commemorate ten years since the September 11th attacks.

"desperately yearning...superbly sung."﻿
World premiers have become a frequent addition to his repertoire and for Remembrance Day 2014 he sang with Emma Kirkby and Paul Carey-Jones in Karuṇā conducted by the composer Andrew Wilson-Dickson in the new Dora Stoutzker Hall at the Royal Welsh College of Music and Drama.
"exquisite singing and control in the highest register."
A sought after voice teacher with a private teaching practice, he previously worked regularly with the Lay Clerks and Choral Scholars at Bristol Cathedral and many students have continued training at music colleges before professional singing careers of their own.

Ian has a Masters degree in Christian Spirituality and is often involved in mentoring and spiritual direction. He was the Coordinating Chaplain at the University of the West of England in the Diocese of Bristol until 2018. Following a subsequent period of postgraduate research at the University of Bristol, he completed ordination training at the St Padarn's Institute in Cardiff and is now a Curate in the Church in Wales Diocese of Llandaff.
﻿
Posted by Ian at 10:37